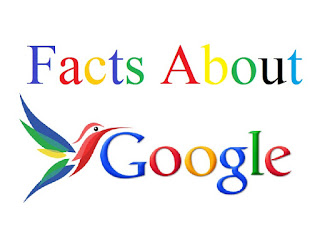 Google is a successfull search engine of the internet world. Google was founded in 1997 by two Stanford University PhD students Larry Page and Sergey Brin whose initial company mission statement was

“To organize the world’s information and make it universally accessible and useful”
Which they seem to have made a good dent in achieving since they started the company.

Here are the 50 Facts and Figures of Google. Lets Read 'em

Get All The Latest Updates Delivered Straight Into Your Inbox For Free!

What's Hot on the site